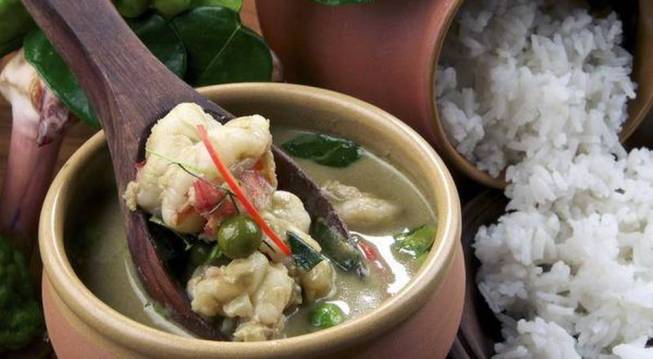 Twenty-five years have elapsed and time seems to have stopped at Thai Pavilion. It’s not every day that a restaurant in a five-star hotel in Mumbai completes 25 years. Even today, a meal at Thai Pav (called by die-hard regulars) is almost pitch-perfect. The balance of earthiness in the dishes is as delicate as it used to be, when it started in 1993, under the able stewardship of Chef Ananda Solomon. Modern presentation may have taken over, if only, to give into the current demands of a discerning diner, but the Thai flavours remain steadfastly authentic. Some of the top favourites remain: tempura prawns with tamarind sauce, crispy soft-shell crabs with pomelo salad, green Thai curry, flavoured with lime leaves and unripe green peppercorns and water chestnuts and cashew nuts with red chilli paste. From the aromatic Koong Pad Woon Sen to Chor Muang, Thai Pavilion, wowed the palate of foodies with eclectic dishes. A value-for-money meal, is what guests could expect here. In fact in 2007, a soup was priced at a ₹125.

Ashrafi Matcheswala, General Manager, Vivanta President, Mumbai, says, “Thai Pavilion has been well-regarded for introducing authentic Thai cuisine to India. We are extremely proud of the legacy that the restaurant bears.” Solomon, the culinary trailblazer who started Thai Pavilion and retired in 2016, recalls, “The process began in 1991 when Ajit Kerkar, who had the vision to make Taj President a food destination, decided to start Thai Pavilion. Ajoy Misra, our then General Manager, sent me to Bangkok to explore and get acquainted with authentic Thai cuisine. It was not at five star hotels, but street-side stalls, where I spent months learning the nuances of Thai cuisine in its pure form.”

He adds, “After doing trials for almost 3,000 dishes, we finalised the menu and opened the restaurant. Fresh ingredients and curry pastes were the hallmark. No tins and packaged food, were ever used in our kitchen. Liberalisation had not yet begun, so importing ingredients, was a task. Together with an all-Indian team of chefs, I successfully ran Thai Pavilion for years. It was ‘the’ address for Thai food in India and apart from celebrities and personalities, we catered to loyal patrons, who flew in especially from Delhi and Bangalore to eat a meal here.”

Executive chef Uddipan Chakravarthy reminisces, “In 2007, we felt it was time to make a few changes to remain relevant and so the restaurant was renovated and the menu modernised. Of course, the core food philosophy of ‘not doing too much with the food, but keeping it simple,’ remained.”

Palm hearts with cashew nuts, vermicelli-wrapped prawns, chicken krapao, may have been popular dishes over the years, but Chakravarthy feels injecting freshness, in the menu is important. He doesn’t believe in drastic changes though. “One or two new dishes are subtly introduced each year, to keep up the excitement for our diners. Coconut shoots, frog’s legs, Thai olives and some unique leafy vegetables are on the cards soon,” he tells us.